THE LATENESS OF THE HOUR: AMERICA UNDER JUDGMENT

Amos 8:11. ôBehold the days are coming, declares the Lord God, when I send a famine on the landů..not a famine of bread, but a famine of hearing the Words of the Lordö.

America has reached a critical time in history when God will bring this nation to its knees! Why? Our Creator has blessed this nation, as no other in history, because it was dedicated to God and Christ at its founding. However, this America has turned its back on God and is no longer a Christian nation, and no longer is there truth in the land.

2 Thess. 2:10-11. ôAnd with all unrighteous deception among those who perish, because they did not receive the love of the truth, that they might be saved. And for this reason God will [has] send them a strong delusion that they should believe the lie.ö

Because they refuse the truth:
2 Timonthy 4:3. ôFor the time will come when they will not endure sound doctrine, but according to their own lust shall they heap unto themselves teachers, having itching ears. And they shall turn away their ears from the truth, and shall turn unto fables.ö

America must wake up and their spiritually blinded eyes must be opened to see the truth! What is the truth? God has weighed this nation in the balance, and found it wanting. The Lord never sends judgment until he first warns his people, and then exposes the sins of the nations and its leaders.

America, including most of its those calling themselves Christians and their shepherds, have been warned by Godĺs watchmen and women, but they have been rejected and scorned. Now the time of judgment is at hand! What are the warning signs of judgment?

Pestilence, famine, wars, and rumors of war are upon this nation. The pestilences now occurring is only a prelude to much deadlier diseases coming in the form of bio-weapons.
The nations food resources and distribution system is already being dismantled. Famine will begin to stalk the nation.
War and invasion of our land is soon to follow an economic collapse by devastating natural disasters. WW III is already developing, and is at our door as our enemies are preparing to invade and subjugate this nation.

Soon, over 200 million Americans will be left dead!

America, you can continue to ignore the signs and warnings or you can awake and accept that this once great nation, no longer exist, and conditions will only continue to get rapidly worse. What is the answer for all our citizens? It is the same solution from before the creation of man. We must return to our ONLY TRUE SOURCE OF OUR SALVATION BOTH PHYSICALLY AND SPIRITUALLY, JESUS CHRIST! No man, no institution, no church, religious leader, nor politician and their government can save us.

As mentioned, God has sent his watchmen and TRUE PROPHETS to warn this nation, that it is far from Godĺs heart and will. The Holy Spirit of Truth has been revealing to myself and many other remnant raised up for this very moment in history. Our merciful God does not wish that any should perish, but He will not go against manĺs free will. This day resolve to seek Godĺs heart with all your heart, mind, soul, and strength for the truth, and He promises to quickly answer.

I will be posting fresh revelation given to me and by other remnant watchmen, as to the lateness of the hour. The end times are upon this world, and all the remaining unfulfilled prophecies are rapidly being completed in preparation for the God/Magog War and beginning of the seven year Tribulation period. Refer to this website for weekly updates to save yourself and your family. Read, believe, and dwell in the secret place of the Most High, for He alone will be your only hope, refuge, and fortress against what is upon this nation and the world. Psalm 91 is Godĺs promises of protection for this very hour in time.

Then scroll down and read the Holy Spirit inspired word in article titled,
ôIs America Part of the End Times Babylon Systemö?

Then read the article titled, ôSurvival of Americaö to understand what must be done to not save America, but to save souls, which is Christĺs primary admonishment to each of us. 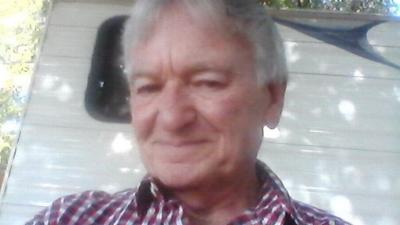